I was very very apprehensive about Queenstown just because I’m not a massive fan of very touristic places ad lets face it…Queenstown is one of THE PLACES to go in New Zealand. Everyone talks about it since it’ the adventure capital.

I’m so happy my fears were not right and I’m so happy to have booked the 3 days I did in there. Lets start with my hostel…. potentially one of the best hostels I’ve ever stayed in (and bear in mind I have travelled a fair bit in different countries). It had free breakfast and soup (for dinner), the facilities were amazing, the location was just perfect and the staff was incredible!

Queenstown was the place I’d nothing planned in so I asked the staff what 1 day track I should do the next day and they recommended the Ben Lomond Track, so I woke up the next morning, had a good breakfast and started to walk towards the mountain lift. For some reason, on this specific day, I forgot all common sense and everything I knew about myself…starting with the fact that I was (yes, I say was…I’m a bit over that fear now…not completely though) very scared of mountain lifts. I couldn’t go on the one in Salzburg (see story here) and I couldn’t go on this one. I also decided it was a good day not to take any food with me and only 1 Litre of water. Trust me… all the wrong life decisions on the same day.

So there I was at the bottom of the mountain and realised I was going to have to add an extra 1h30min to my hike because there was no way I was going to take that lift. I finally walked all the way to the part where everyone else starts…. the top of the lift. By this point i only had half a litre of water and it definitely wasn’t raining and cold like the weather forecast said it would be! It was 30 degrees and very sunny. 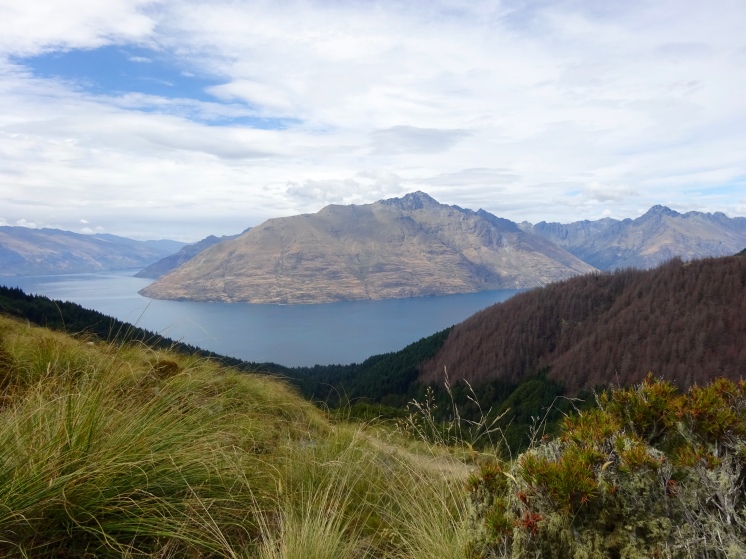 I’m the most stubborn person you’ll ever know so, against all good sense and taking a serious risk I decided to walk to the top. I stopped at the saddle and knew this had been a mistake. I had no water, no sunscreen, no food and I was already feeling dehydrated. And then I decided to keep walking to the Summit.

I can’t put it into words but I’ll leave you with the pictures above and below. From all the hikes I’ve done this was the most difficult one…. purely because I was so unprepared for it! No food? 1Ltr of water? What was I thinking?! When I did the Tongariro Crossing (which was shorter) I had 2 litres of water plus 1 Ltr of juice, 3 sandwiches and 2 protein bars….

Anyway…I made it to the top and the views were like nothing else I’ve ever seen before. I couldn’t stay for long because I was starting to get ill (actually ill from the lack of food and water) and I could feel the lactic acid starting to do it’s magic on my muscles. So I actually ran down the mountain (it’s usually easier), and as soon as I got to the top of the lift I just ran into the female toilets and drank all the water I could straight from the tap (because, who the hell cares by that point?).

And then I walked down…again. And I got lost (honestly, what a day!). As I got to the city centre I decided this was the day to try the famous Fergburger (this was before I became vegetarian).

The next day, and after attempting several times to get out of bed with little success (my legs were hurting like never before (I actually had to take paracetamol for the pain), I went to a few LoTR filming locations with Rafael who I met at the hostel. We also had a parasailing adventure which was cool but not overly exciting.

Overall.. Queenstown is absolutely amazing! I want to go back to do more hikes (and fully prepare this time). Just writing this post is making me miss it far too much and it’s been 8 months since I was there. Don’t think twice. Just go.