To do: Walking tour, Schonbrunn Palace tour and National Library (deffo the library!!!)

I got to Vienna and managed to make my way to my hostel without getting lost! That was a pleasant surprise. The weather was pretty appalling and I started to realise that it was not going to get any better for the rest of my trip.

My hostel was absolutely amazing. I was in a 4-bed female dorm and it was super clean, spacious and the bathroom was incredible! Let’s just say that after spending my day travelling, I had the best shower ever.

I woke up early the next day for my walking tour and although it was ok-ish I wouldn’t say it was at the same level as the ones I had done before. It was still good and I did learn a lot about Vienna so I’d still recommend it. During that walking tour I met 3 other travellers and since none of us had done any specific plans for Vienna, we decided to just hang out and explore the city by foot. That day we saw the main sites including the library and the Spanish riding school, ate all the cake and got cheap tickets to the Opera. 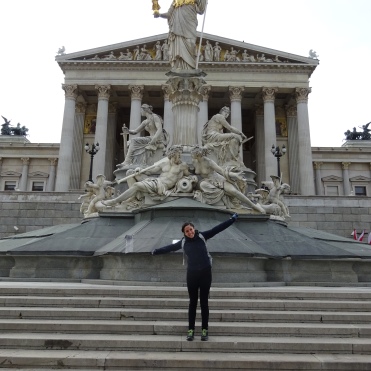 Because we are super classy, and didn’t have a table to eat at the cake place, we decided to take our cake and eat it at the fancy Royal State House Cafe…. whilst taking silly selfies. 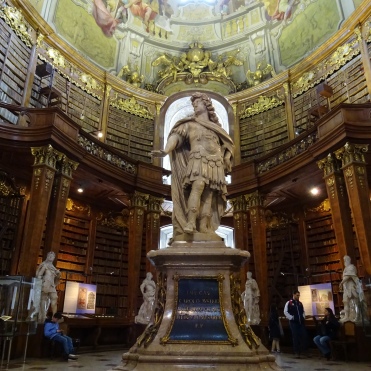 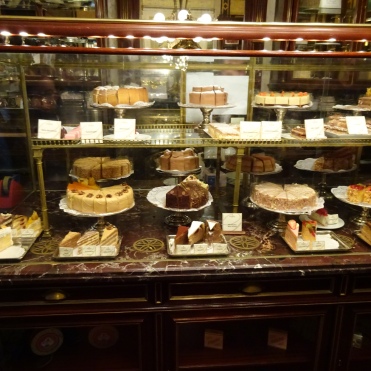 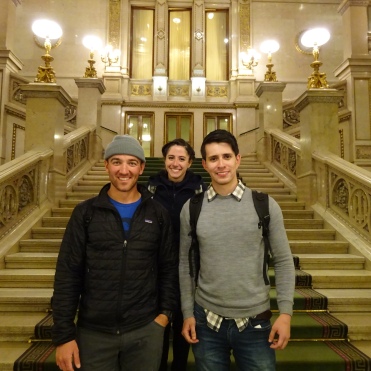 That night, after decided to leave the Opera half way through, we all went out in my hostel, played games and got royally drunk. I’m under the impression we went to bed at 5am… but I’ll never be sure. 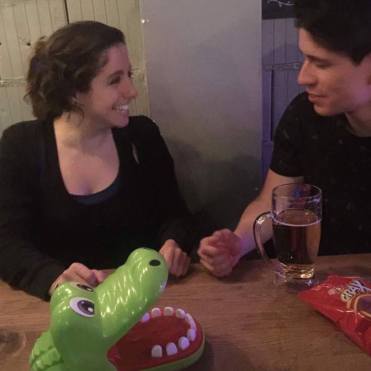 The next day we went to see the Schonbrunn Palace (must do!), and very much just chilled.

I must say that Vienna was the first place from this trip where I had no plans at all, besides the walking tour. (see spreadsheet below). And it was the best thing ever. Joe and Moises were the best travelling buddies and we had far too much fun together. I wouldn’t change a thing.

And if I had to describe Vienna in one word….I would say, Imperial. Whilst Prague had this ‘cute’ feeling to it, Vienna had this ‘grand’ feeling to it. Everything is big and gorgeous, and everything feels from a royal era. I would like to go again….and maybe drink a little bit less. =p